[Record low unemployment rate also dropped the suicide rate]: From August 1998 to May of this year, we employed 385 000 people increased, the unemployment rate dropped to 4.27% from 6.13%, the lowest since 33 months, and the future will decline; wage income has continued to show positive growth for 18 months when the economy improves, the increase in employment, the number of suicides last year, the DPP came to power than the maximum 95 years to reduce the 517 people, which is 14 years, The first exit leading cause of death suicide list.

[99-year GDP growth rate of 10.88 hit 24-year high economic excellence]: 95 years when the incumbent president Tsai Ing-wen, the economic growth rate of only 4.39%; last year, our economic growth rate reached 10.88%, highest in 24 years, second in Asia, global fourth! and relatively stable consumer prices in Asia after Japan, and more than the other three dragons this year, Taiwan's per capita gross domestic product will exceed $ 20,000, Taiwan by economic development is an important milestone.

[Multiple measures just live]: in line with Ministry of the Interior [Young An Xincheng home programs] or [integrated housing subsidy resources to implement the program] regardless of rent, purchase homes, the government will give priority to transfer both to raise financial resources, combined with [Young An Xincheng second home program case] and a maximum 7.2 million loans. Another government will proceed with the supply side, to provide [decent homes] and [social housing], so that nationals of a solid financial base position, according to their different needs, choose suitable housing.

[Youth Business Loan Project Plan]: Since May 1998, for [youth entrepreneurship loans to the project plan] the number of loans increased from 97 to 99 years, 732 people in 2514, creating 12,832 jobs, 42 years, the best results; cut interest rates this year, down from the current 1.87% up to 2.295% effective pressure to reduce funding young entrepreneurs.

[Con Air 223 fraud suspects remanded back for trial]: June 11, the Police Department for two charter flights were escorted back to government 223 suspects in Southeast Asia, Taiwan, fraud, together with Taiwan and the mainland arrest suspects, plus two sides five countries, a total of 692 people. The number of people, countries and regions covered, and escorted parade of large, are the first time ever.

[DPP, fraud increases quickly]: DPP eight years, the largest number of fraud cases is 94 years, more than 43,000, is 88 years more than 3800 pieces of 11 times; the maximum amount of fraud 95 years, the public loss of NT $ 18.5 billion, compared with 88 years of fraud amounting to $ 1.2 billion, a substantial growth of 15 times, we came to power, full against fraud, estimated this year's fraud will be reduced to 20,000 pieces, reduced to 4 billion people around the losses.

[Rates have fallen, significantly improving security]: more than three years, Taiwan's security has improved significantly in 1996 compared with .99 in all criminal cases dropped by 24.4%, 29.3% to reduce fraud, theft case decreased 40.8%, 44.3% decline in violent crime, the county's satisfaction is of the order of 68%, up 9 percentage points.

[Prevention of human trafficking, human rights defenders]: implementation of the [Trafficking Prevention Act], in addition to enhancing the human rights of migrants, strengthening of immigration counseling, but also through the [protection], [prevention], [investigation of prosecution] and [partnerships], etc. four for the implementation of the prevention of human trafficking, human rights defenders, making our country in the United States Trafficking in Persons Report 2010 rating, jumped the first state-level list.

[Stop light founding petrochemical]: DPP to promote national petrochemical case of light, we took over. Found controversial, taking into account the environment can not be overrun with, we will resolutely stop the construction, but the full support of the petrochemical industry in transition.

[Su-Su-Hua Gao amended to change the flower]: Hualien folks concerned about the [Soviet Union took the high], the DPP can not be resolved, we [the Soviet Union took changed] to solve the problem.

[Cut rice prices in response to voter demand]: DPP, a bottle of wine soared to 180 dollars, not consumers beast! We took office, wine bottle from 180 yuan to 25 yuan, down 86% estimated sales growth of 20 times.

[International Space]: Our Health Director, and three years after nearly 38 years at the World Health Assembly in May this year, particularly in the United States Minister of Health World Health Assembly held a press conference, Yan is said: any United Nations agency may not unilateral decision of the status of Taiwan.

[Visa-free countries or regions reached 116]: DPP eight years, our people around the world to give visa-free access or visa for the 54 countries and territories, no increase such as this, we have to secure 116 a more than doubled.

[I renamed the first place in Hong Kong and Macao institutions dramatically]: MAC on July 4 this year, announced that the government in Hong Kong. Australian institutions [China Travel] and [Taipei Economic and Cultural Center] renamed to [Taipei Economic and Cultural Office ], while its function and status will significantly enhance and now I am in Hong Kong, Australia and the new agency name, to the vast majority of offices abroad, and our current mode of the same name, Akira was not only the nature of our government accredited institutions, but also the business functions and institutions [name and in reality].

[To reduce the burden of Aboriginal school students]: We are also concerned about aboriginal students, from 99 onwards, all free of vocational high school tuition and fees, about 25,000 people will benefit from the Government and residents of outlying islands from the Aboriginal began to promote the 5-year-old children tuition-free program, in September this year to the whole country will be able to reduce the economic pressure on young parents, expected around the country, 206,000 children will benefit.

[For vocational tuition-free, the number of beneficiaries up to 49 million people]: 100 academic year onwards, annual household income of 114 million or less students, vocational school without paying tuition, estimated up to 490,000 beneficiaries people. vocational students per year can save up to 40,000 yuan, three years can save more than 130,000 yuan, which is a revolutionary change in the history of vocational education, far-reaching.

[Pushing through the national pension, labor insurance annuity]: We will protect farmers from out of the national pension, so the national annuity running on schedule, and will not participate in military security, civil servant and labor, agriculture, national insurance into the insurance coverage to protect 3.88 million elderly people living through Labor annuity, leaving the workers live and lead to the old, the longer the guarantee, the more lead is really to protect the basic livelihood of retired workers.

[Increase farmer subsidies]: 96 April, we took the lead in favor of raising farmer subsidies, from 5 000 yuan to 6,000 yuan, the proposal by the KMT, Legislative Yuan in July through the implementation, but when the Democratic Progressive Party Executive Yuan, the opposition begins, according to media reports, when incumbent Vice President Tsai Ing-wen, DPP presidential candidate is now not only increased farmer against the allowance, but also by intense that if you want to tax resistance to resist.

[Subsidies old dentures]: all low-income or disabled elderly people, government subsidies dentures so that they can eat, it can eat eat something, the maximum grant 40,000 yuan per person, about 10,000 3,000 people benefited.

[Immediate concern to promote the project]: In order to help the poor relief, reducing the family tragedies, from August 1997 to promote the [immediate care project], sent to care for vulnerable family assistance payment 10000-30000 yuan, up 100 May 31, total of 10.6 million people benefited from a total issuance of 1.65 billion yuan.

[WB 2011 Doing Business rating]: DPP has been declining since 2005, to 2008, 61 more backward to the world, after the KMT return to power in China in 2010 ranked more dramatically to the world's first 33 for the calendar year the best results.

[Complete Corruption Offences Ordinance]: big blue-green, a scandal to the investigation, there is corruption on the run, a number of former government members involved in corrupt, some are courts, and some have been imprisoned, including the former president, including Chen We also modify the [Corruption Offences Ordinance], update [not contrary to duty bribery], to the next as long as the bribe civil servants to send people who should be punished with income, so as to restrain the bribe unhealthy.

[100 years July 20, the Department established the Independent Commission Against]: Ministry of Justice [Independent Agency] in 100 years, was established on July 20, which is full of hope than a decade, and finally completed in our hands, organs of the future with prosecutors the formation of anti-corruption triangle.

[The development of the Law on Judges]: We have developed [the Judges Law], effective supervision does not apply to any out of a handful of judges, prosecutors.

[Social]: (1) to expand social assistance: social assistance was amended to take care of the population could reach 86 million people, covering rate of 3.7% of the population (2) Youth Business Loan Program: Number of loans 99 years young 2514 dollars, representing growth of 154% 1998 (3) complete the [Hakka Basic] Legislation: 99.1.27 promulgated, will help the development of Taiwan's various ethnic groups and promote diversity and equal co-society (4) health insurance card solution : 99 years of implementation of the [medical treatment of vulnerable people in the program], stuck to relax standards, to protect vulnerable households and 37.8 million households throughout the special right to medical treatment.

[Diplomatic]: visa-free access for people: including for the European Union, Malaysia, New Zealand, Canada, Israel and Australia and other countries or regions of visa-free treatment as 116. 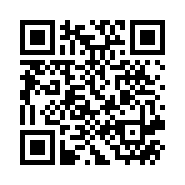